The Importance of Family Counseling in the Recovery Process

It is no secret addiction impacts the entire family. When one or more members is struggling with an addiction it has a ricochet effect that influences the dynamics of everyone involved. Often individuals develop unhealthy coping strategies to deal with the addicted family member. Children who grow up with an addicted parent are at a higher risk for developing physical, mental, and emotional problems.

Without intervention, families tend to cope with addiction in ways that escalate behavioral and communication problems and enable the addiction. 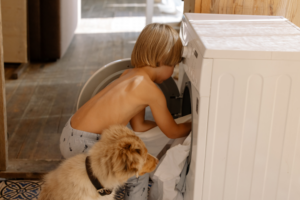 It is common for unhealthy roles to develop that center around the person with the addiction. For instance, children may take on adult responsibilities or learn to hide or keep quiet during times of chaos. There can be violence and uncertainty in the addicted family system as well.

We recently featured Dr. Shoenberger on the Recovery and Company Podcast series: “Family Therapy and Addiction Recovery.” Dr. Shoenberger has an extensive background in family therapy and addiction treatment. He describes how changes in the family system impact everyone:

“When you put pressure on one piece of the system another piece of it responds. 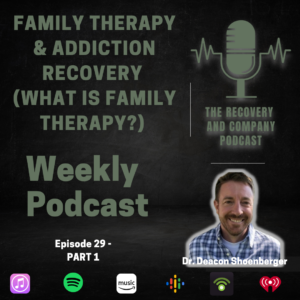 Changes in the relationship between mom and dad can have an impact on the relationship between parent and kid. If you think of a family as something tied together and all the pieces are moving in harmony, whenever you move one piece of that system it’s going to have a downstream or upstream effect on the rest of the system and change how those interactions go. If you are not aware of it, you can get sort of blindsided by it or fall into doing weird things to try and get the system back into alignment to what you are used to.”

What Dr. Shoenberger is describing is the concept of homeostasis. This is the theory that all systems, including the family system, attempt to maintain balance to enable (literally) preservation. The following example from the Substance Abuse and Mental Health Services Administration is a great illustration of homeostasis in a family impacted by addiction:

Within this two-parent household, the father developed alcohol use disorder and stimulant use disorder. Prior to having three children, he indicated that his primary use was cocaine. After the birth of their first child 12 years a go, he began drinking more alcohol and using stimulants more sporadically.

As the father’s drinking progressed, the mother focused on controlling his alcohol consumption. She started by monitoring how much he drank and checking on him when he was out (e.g., calling him, going to the bar to find him). She also took on increasing responsibilities, like driving their children to all activities, working additional hours out of fear that the father would lose his job, and assuming all household and parenting tasks. 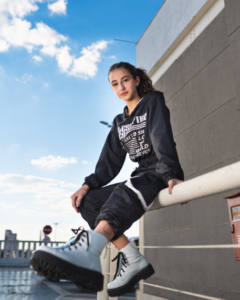 The oldest daughter, age 12, often worried about her father when he went drinking but showed irritation toward him when he was home. She ignored his directives and stopped communicating with him. Meanwhile, she aligned with her mother. Preoccupied with the idea that her father treated her mother unfairly, she began trying to pick up his slack. In so doing, the daughter took on more parenting duties for her younger sister (age 9) and brother (age 6) while she herself had less supervision and more freedom in and outside the home.

After the father entered treatment and accepted continuing care services, both parents felt as if they were having more family difficulties than before, despite working hard to communicate with each other and deal with the effects of addiction on their relationship. They found their oldest daughter hostile and hard to talk to. “She wasn’t like this before—but now, if there is a rule to break, she does,” the father stated.

Neither parent realized the significant challenges their daughter had faced since her father’s treatment. She had held a powerful role in the family by serving as a confidant for her mother and surrogate parent for her siblings. That role granted her authority and certain privileges. Her parents were unable to see through their daughter’s anger to her pain. They did not yet realize that, in essence, their daughter had been demoted back to a child’s role without enough support. Thus, she was fighting to regain the more powerful role.

In hindsight, the mother stated that her daughter became a “parent replacement, a little adult.” She had relied more and more on her daughter for emotional support as her spouse’s SUD progressed (SAMHSA, 2020).

In this example the father entering treatment initially causes increased problems as the family system tries to maintain itself. Addressing these issues highlights the importance of family therapy because it is a negative example of how homeostasis can hinder the progress of the person struggling with the addiction. Recognizing and anticipating this shift in dynamic is another important aspect of family counseling and intervention. We also see the impact of addiction in families in more subtle ways like emotional neglect or invalidation. This can happen, according to Shoenberger, when an individual’s needs are denied or ignored by a parent, spouse, or significant other: 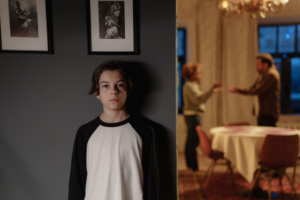 Over time and repetition what you realize is dad’s drinking moved him away from the family. The thing that is interesting about family, abuse and trauma literature is learning that neglect is just as bad and sometimes more harmful than actual abuse. It is getting to understand that dad might have been a nice guy and drank and he sat in his rocking chair but there was a lot of harm that was coming from that level of disengagement. People were developing different kinds of anxiety and depression or feeling like they were not worth X, Y, & Z. When you work through that with a family, especially a child of someone who was an alcoholic, it can be interesting to watch that they had never thought about that before.”

Another risk factor in the addicted family system is not learning how to express or manage emotions. According to Dr. Shoenberger, the primary job of a parent is to help their kids learn how to navigate the emotional world and express or cope with their emotions. If there is chaos in the family and they do not learn to manage emotions with adaptive strategies, alcohol and drugs can become a tool to manage these things.

Family therapy is a powerful way to intervene and help individuals develop healthier coping strategies and learn ways to support the person struggling with the addiction. 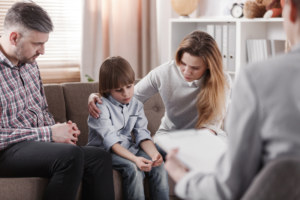 One of the main goals of family therapy is to address these issues and help families develop better communication skills, coping strategies, and boundaries. Most of us do the best we can with the tools we have, but a lot of those tools are broken or ineffectual. Family intervention teaches us new skills that can help families and individuals navigate challenges not only in the family, but in every aspect of life.

Jodie is passionate about addiction recovery. She is currently working toward her Addiction Counseling License. She spent 30 years in radio broadcasting and now hosts several podcasts and blogs about addiction/recovery.
Page load link